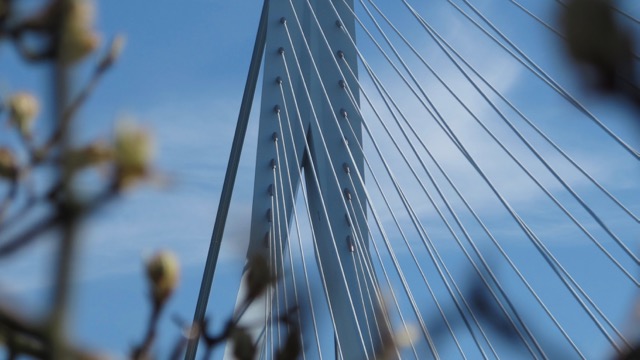 During one of the last sessions of my photography course we went to Rotterdam for an urbex excursion (I will show you some results at a later date). At the end of the trip we had to take a picture of the the Erasmus Bridge, the most photographed bridge of the city, showing a ‘different’, that is an original, view.

Not an easy assignment, as there exist thousands of pictures of this bridge. Moreover, it was a hot and sunny day and we arrived on the spot around one o’clock (13.00 hrs). So the light was another challenge to cope with.

Most photographers capture the whole of the scenic bascule bridge with the skyline full of modern architectural skyscrapers. Some weeks before I had already wandered up and down the bridge taking a couple of pictures that I thought were not the obvious ones, but I was not totally convinced of their originality.

So I went looking for a telling detail and something that contrasted with all that steel and straight lines. I found them at an outdoor café near the foot of the bridge where they had some big pots with blossoming pear trees. After maneuvering myself more or less into the tree I could take this picture.

Of course my photographer’s ego was flattered when the teacher was surprised when he saw my photo, because he had never seen trees in the vicinity of the bridge. Ha!

8 thoughts on “A different view of a famous bridge” 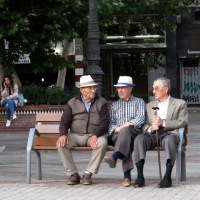 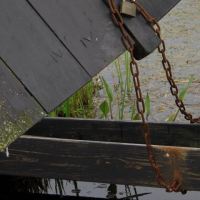 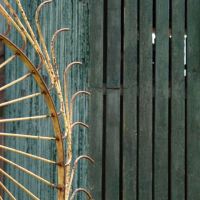 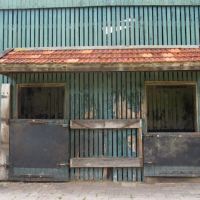 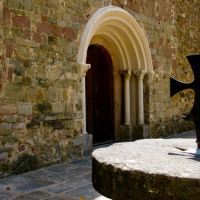